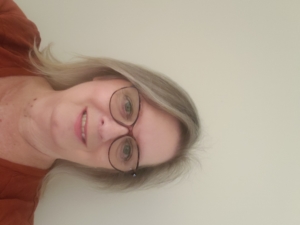 Cindy Peck is a lifelong resident of Middleburg Heights. She graduated from the Berea City Schools and continued her studies at Case Western and Kent State. After completing her education, she decided to remain in Middleburg Heights and raise her family.

In 1983, Cindy hired on with USA Today as a driver and soon discovered she enjoyed the fast pace exciting world of journalism. Her 25 year experience with USA lead her to create a local hybrid paper focusing on the communities of Middleburg Heights, Berea, and Brook Park.  She felt it was important to bring real positive news stories to the citizens of the communities she calls “home”.  “Our Community Voice” was a monthly publication and printed its last issue in 2013.

In 2015 Cindy joined the Middleburg Heights Chamber of Commerce as the new Executive Director, taking over from long time Executive Director Doris Wroble. “My plan is to pick up where Doris left off and build on the foundation that has been laid. We will continue to grow and make our Chamber strong” 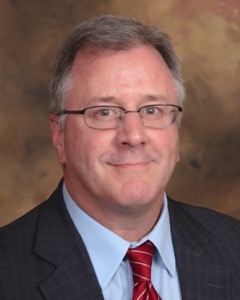 Tim was President of the Middleburg Heights Chamber of Commerce in 2008, and has served as an officer of the Chamber or on its Board of Directors since 2006.  He was named Middleburg Heights Business Person of the Year in 2009.  He is currently the Race Director for the Chamber’s annual Mother’s Day Big Creek 5k charity run. 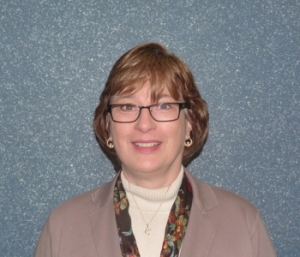 Kathy has had the privilege of working with realtors, builders, community members and customer regarding the best mortgage products available. Forming lasting relationships with people in various jobs has not only been fun, but fulfilling. Gibbons works with other financial intuitions, realty companies, buyers and sellers, builders and their reps and title companies. The goal at Third Federal; is successful homeownership, and for Gibbons is has been an awesome experience working for the company.

Gibbons has lived in Middleburg Hts. Since 1986, has raise  three children here and currently resides with her husband and her two dogs. 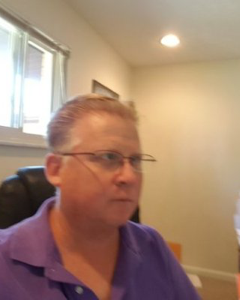 Certified by the Ohio Accountancy Board in June 1995.

Managed an accounting department of a 100+ employee firm.

Became a Certified QuickBooks Advisor in 2009

My goal is to provide quality and pertinent financial and tax expertise to my clients so they can thrive.

Consulting for QuickBooks set-up and maintenance. 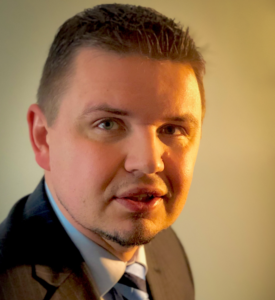 Alin Catrina was born in Slatina, Romania and immigrated to the United States when he was 4 years old in 1986.  After getting his Bachelors of Business Administration from Cleveland State University in 2005, he began to work for Dollar Bank.  In 2009 Alin transferred to the Southland Branch of Dollar Bank in Middleburg Heights, where he has worked since.  Currently he is the Branch Officer at that location.

He has been on the Chamber of Commerce Board since 2014, served as Vice President from 2016 to 2018 and currently serves as the President.

He has been living in Parma, Ohio since 2007  with his wife Kristen, daughter Mirabelle and their mini schnauzer, Lincoln. 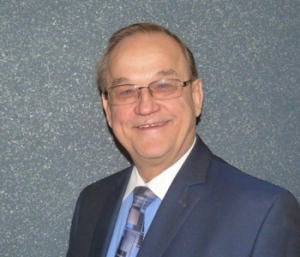 Dan Zawadzki is married to Nancy and has two married daughters Danielle and husband Jordon Krain live in Chicago and Christina and husband John Henry Elffers live here in Middleburg Hts. Dan has been an administrator in long term healthcare for most of his career. In addition to being active with the Chamber, he is very involved with the Community of St. John Bosco. 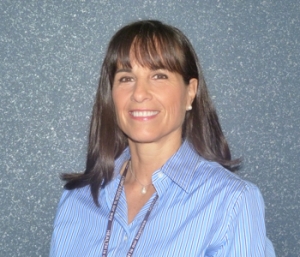 Karen is the Executive Director of LifeWorks fitness and Director of Comprehensive Women’s Health Care at Southwest General.  She holds a master’s degree in exercise physiology from Akron University and a bachelor’s degree in advertising with a minor in business administration from the University of Florida.  Karen is an adjunct professor at Baldwin Wallace University in the Health and Physical Education Department.  She is a certified First Responder for the State of Ohio and a certified group exercise instructor.  When she is not juggling her job duties she enjoys time with her two daughters, husband, and French Mastiff, Guiness. 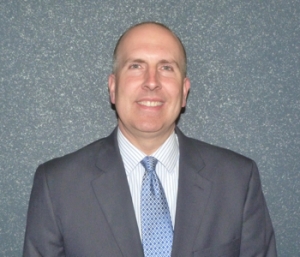 Doug Miller is the Director of Community Outreach at Polaris Career Center, where he has worked in a marketing/PR capacity for over 21 years.  Prior to Polaris, he spent 4 ½ years in the Governor’s Economic Development Offices in Cleveland and Akron, linking area employers to various State and local economic development resources and incentives.

Doug has a BA in Political Science from Kent State University and a Master of Public Administration (MPA) from the University of Akron.  He also holds a Certificate in Marketing Management from Cleveland State University.

Doug is active in numerous community organizations including chambers and business advisory councils.  He currently serves on three area chamber boards of directors.

He is also a youth/CYO baseball, basketball, football and track coach.  Doug lives in North Ridgeville with his wife, Ann, and two sons, Josh and Drew. 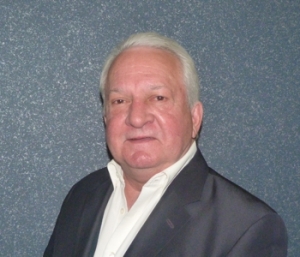 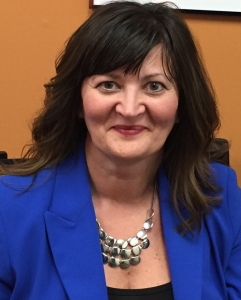 Ms. Motiu was born in Romania and immigrated to Cleveland, OH with her family.   She earned her Bachelor’s and Master’s degrees from Cleveland State University.  She has worked in three industries (Industrial Distribution, Hospitality and Education) and has held HR (Recruiter) and other leadership positions.

She has been with Cuyahoga Community College for the last 15 years.  She is Manager of Adjunct Services and oversees the services provided to over 500+ adjunct faculty at the Western Campus and Brunswick University Center location.

She has lived in Middleburg Hts. for 25+ years and enjoys all that the city has to offer–Metroparks, gourmet grocery store (Heinen’s), proximity to interstate I-71, affordable cost of living and much more!!! 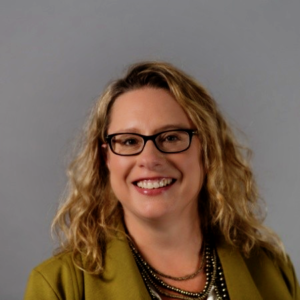 Kim Harris is the Community Engagement Manager at Pathway Caring for Children. She handles public relations, fundraising and corporate donations out of their Brook Park office. Prior to Pathway, she spent 16 years in corporate sales while also volunteering much of her time to Strongsville Football League. Today she is a True2U mentor for 8th grade students at Cleveland Public Schools and is also part of Strongsville Rotary.

Kim graduated from Ashland University where she met her husband, Todd, of 22 years. They have one daughter, Kaylee, and live in Strongsville with their yellow lab Charlie. 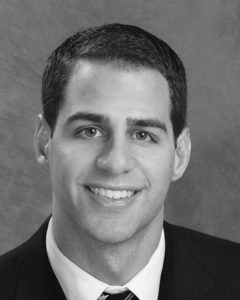 John Grech is a Financial Advisor with Edward Jones Investments. He established the Middleburg Heights branch office of Edward Jones in 2009 and was named a Limited Partner with the firm in 2015. John specializes in serving individual investors and small business owners with their financial needs. He provides highly personalized service which helps him better understand and meet his clients’ unique financial goals.
Born and raised in Middleburg Heights, John is very active in the local community. He currently serves as the Past President and Advisor of the Chamber of Commerce after being President in 2015 and 2016. John has often been a presenter of various financial presentations within the Cuyahoga County Public Library system in addition to teaching adult education investment courses at Polaris Career Center.
John is a graduate of Saint Ignatius High School as well as the Boler School of Business at John Carroll University with a Bachelors of Science degree in Business Administration. His qualifications include having the following licenses: Series 7 (General Securities Representative), Series 66 (Uniform Combined State Law), State of Ohio Life Insurance, State of Ohio Health Insurance and he is certified as an Accredited Asset Management Specialist (AAMS®).
John resides in Middleburg Heights with his wife, Nancy and their daughter, Vivienne. 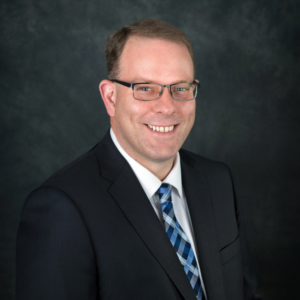 Phillip J. Henry lives in Berea with his wife, JoAnn and their three children.  Mr. Henry is a Managing Attorney with Phillips & Mille Co., L.P.A.    Mr. Henry is experienced in the following types of litigation: consumer protection, foreclosure, commercial litigation, collections, corporate disputes, criminal defense, personal injury, medical malpractice, appellate advocacy and also practices in the area of corporate law.  Mr. Henry is a member of the Ohio Bar Association and Cleveland Metropolitan Bar Associations.  Mr. Henry was named as a Rising Star by Super Lawyers Magazine in 2011, 2012, and 2013.

Mr. Henry is an active member of St. Adalbert’s Parish in Berea, where he serves as a Eucharistic Minister.  He also served as President on St. Adalbert’s Parish Council and was a team leader for weekly collections team.  Mr. Henry is a member of the Berea-Midpark Middle School and Berea-Midpark High School PTAs, serves on the Board of Trustees for the Berea Chamber of Commerce and the Middleburg Heights Chamber of Commerce, and is a member of Business Network International (BNI) and the Berea Kiwanis Club.  Mr. Henry has volunteered with Junior Achievement for the past 8 years at Grindstone Elementary, was a Den Leader for Cub Scout Pack 107 for 4 years, and has been a head coach with Lou Groza Football and Berea Youth Soccer Club. 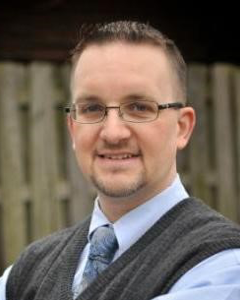 When Dan isn’t running his second generation family owned insurance agency with his wife Michelle, you can find him volunteering with the Chamber of Commerce, Rotary Club of Strongsville, City Club of Middleburg Heights, Boy Scouts of America, Saint John Bosco Church or coaching his kids’ ball teams. 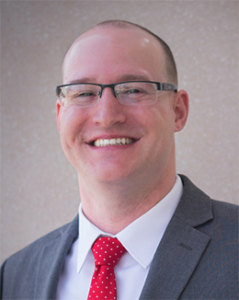 As a Financial Advisor with WestPoint Wealth Management. Dave enjoys being able to work with families, no matter what stage of life they are in, and help them with ‘planning beyond the obvious.’ He specializes in helping families realize that their financial goals and dreams are attainable- with a little planning, a bit of discipline, and a trusted advisor to help them along the way. 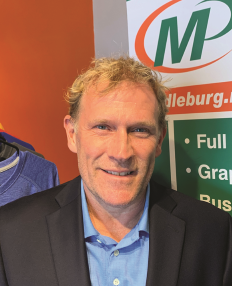 Chris is the owner of Minuteman Press, where he partners closely with his customers to promote, advertise, market and grow their businesses.  He’s a graduate of The Pennsylvania State University with a BS in Business Logistics and minor in Speech Communications. Chris worked for over 25 years in leadership and senior board positions with Kaufmann’s/Macy’s and Superior Beverage Group before purchasing his Minuteman Press store in 2017.

Chris is an active member of multiple chambers, marketing groups and charitable organizations and in his spare time you can often find him golfing, running, paddle boarding and/or playing hockey. His son, Dylan, is a recent Ohio State graduate and now works for the university in Columbus. His daughter, Rachel, is a junior at Baldwin Wallace. 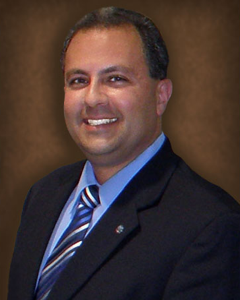 Charles Bichara has over twenty years of experience in municipal government, and has been employed with the City of Middleburg Heights since the year 2000.

In 2006, Charles was appointed to be the first Director of Economic Development for the City of Middleburg Heights.  His experience in the areas of economic and community development date back to 1992 when he helped establish the Enterprise Zone Program for the City of South Euclid, Ohio where he served as Enterprise Zone Manager and Community Development Coordinator from 1993 to 2003. In recent years, he has served as a consultant to several other Ohio communities by assisting in the administration of various Federal, State, and County community and economic development programs.

Charles is also a State of Ohio certified Residential Building Inspector and maintains specialty inspector certifications in the area of concrete construction and property maintenance.

A native Clevelander, Charles received a Bachelor’s degree in Business Administration from Cleveland State University and is proud to be a resident of the fine City of Middleburg Heights. 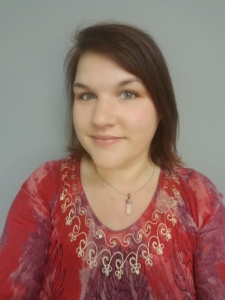 Kristin Ellis is the Executive Assistant for the Middleburg Heights Chamber of Commerce since late 2017. She started out as a volunteer for the Chamber with the Vietnam Travelling Wall and helping at various events and getting to know many different local business members , as well as the Board of Directors, which won her the Volunteer of the Year Award in 2017. Kristin enjoys marketing events and activities for not only the Chamber, but for Chamber members as well. As she grows stronger in marketing efforts, event planning and helping the Chamber grow, she tries to assist the Executive Director in all possible way with the mindset to bring community and business together!